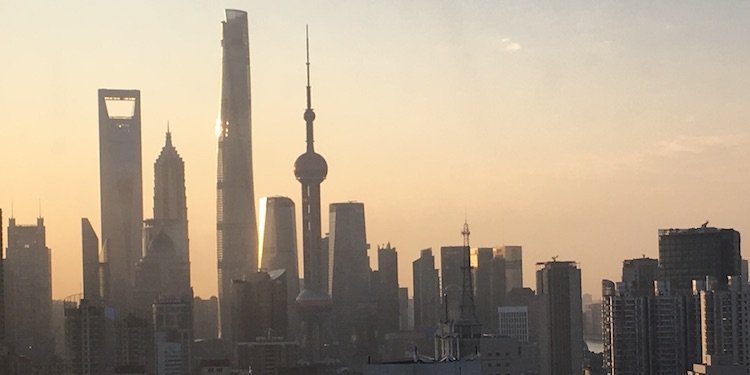 Why do Americans do so little International Travel?

First, full disclosure, this theme for this post was decided on a layover in Chicago on the way to a business trip to Shanghai. It seems only fitting as the topic is Why do Americans do so little international travel.

The Myth of Americans not being interested in International Travel

Well firstly let’s get something out of the way. It’s largely a myth that Americans do not want to travel internationally. By the numbers nearly 131 Million U.S. residents hold a passport, or around 42 percent. So obviously quite a few Americans either want to do international travel or have done so within the typical passport cycle, about ten years. Why do I say that? Assuming people are rational they would not spend the 100 dollars on a passport they would never use. As such they obviously intend to do at least a little international travel.

Despite the moderate size of passport ownership, according to the data less than 5 percent of the US population actually travels internationally each year. When people compare the US to other developed nations they cite this number as evidence Americans travel less than their counterparts. At a high level it is true, but why?

Cost, the reason why Americans do so little International Travel

The number one quoted reason in surveys for why Americans do so little International travel is costs. Simply put we don’t live in a place like Europe where you can travel between countries in a few hours using cheap train travel. As someone who lives in a mid-state its more than a 13 hour drive to a foreign country from my house. That means in order for me to travel internationally I almost have to fly. Compare that to my last trip to Germany. We rented a car. During the course of the trip we took an hour jaunt to France for sight seeing. I also drove the 8 hours to the Netherlands, through Belgium, for work during the same 2 week trip. Even on the US borders I can’t think of any location where you could drive through 3 nations within 9 hours. So on it’s face international travel for Americans is way more expensive then our friends in Europe.

Why is International Travel so Expensive for Americans

This doesn’t explain it all though, simply put Australians do more international travel then Americans. Australians can drive to less international locations then Americans, at exactly zero. Yet they international travel at a rate of 31% to Americans’ 5%. The thing is, having visited Australia I can also tell you flights are less expensive internationally from Australia. I do not know why, but paying full freight from Australia is significantly less expensive than doing so from the US considering the same distance. My guess is it has something to do with a more concentrated set of destinations, since volume drives down rates. Australians concentrate around 65 percent of this travel in 10 countries. Americans, after throwing out Canada and Mexico as outliers, travel just about everywhere.  This obviously drives up costs.

Just How Expensive is International Travel

So, we’ve established that international travel is expensive in of itself. How expensive? Well I did a quick accounting in my head of all of my international travel. Over the last decade and a half, I’ve done approximately 50 international trips. This has been across about 16 countries. I am altogether an outlier in International travel. But what did I spend? Well, let’s ignore that ¾ of my travel has been business for a moment and add up all my work receipts and personal. A quick accounting shows the out of pocket costs for all this travel would have been measured in the multiple 6 figures. Yes, that’s right, I estimate between my company and me I’ve spent over $200K in travel in the last 15 years. That type of number is out of reach for most Americans, in fact if I had personally footed the bill it would be out of reach for me.

That all being said, what I’ve actually spent is a tiny fraction of $200K. I do not know the exact number, but recently I answered an interview request for Physician on fire.  One of the questions asked what I would do for travel if I had a budget of 11K.  I struggled to answer the question. Why? Because I have never spent more than 5K in travel in a year. My family, that manages to travel internationally on average 2x a year and domestically 1-2x for personal reasons, has spent less than 75K on every trip I’ve taken domestic or international in 15 years. I estimate the actual end number is even less, potentially lower than 25K. So how did I do so?

Well I’ve written about this before.  Travel hacking has driven the costs down significantly. Even before I discovered credit card hacking I was finding cheap fares and low costs housing to keep costs below 5K. Now that I do the credit card thing it’s not uncommon for the net cost of travel to me to be between 0 and 1000 dollars a year. In fact my goal for this year is 0 dollars.

Travel Hacking and Credit Card Hacking are not Mainstream

The thing is, while these tactics are making the rounds in the personal finance and travel spheres, they seem to be largely ignored in the mainstream. Probably about once a month I talk to a coworker about travel or credit card hacking. Their jaws hit the ground when I talk about the cost of say a trip to Martinique even before I highlight the credit card hacking impact. They’ve never considered those steps, which I guess is really why they work. The companies would close the credit card churning methods if they were used by everyone because they would lose money. Instead they are largely subsidized by those paying full fare or not paying their cards on time.

Bringing it All Together, Lessons learned

So, I guess the point of this slightly rambling post is to remind you of the values of those methods. The reality is traveling has significant value. It can help you learn about other cultures and how to interact. It can teach you about history and even provide alternate perspectives that could lead to improving your life.

In this ever increasingly connected world the ability to deal with those in other countries will increase in value in the job world every year. So, will the ability to interact in other languages. I view the travel we do as just as important to my and my children’s education as something that I enjoy. It’s important to not be the typical American whom does so little international travel. For your own future and that of your families, use travel hacking and credit card hacking to expose yourself and your family to international travel.

Do you do travel hacking? Have you been abroad? Do you have an alternate hypothesis on why Americans do so little International Travel?