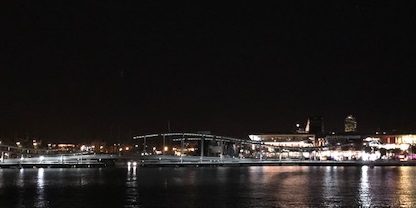 Over the last year as my wife has waded ever deeper into the self employed world we have found ourselves needing to consider estimated taxes. Estimated taxes are essentially periodic payments of taxes to the government throughout the year for those who are not subject to withholding. This would mean anyone with a significant amount of non W-2 income, whether it be a side hustle, significant taxable investment dividends, or a self employment gig.

Determining if you Owe Estimated Taxes

All others need to pay.

Am I Exempt Based on Prior Year Withholding or No Tax Liability?

So why and how I am I playing chicken with owing estimated taxes. Well obviously I do not meet the 4th criteria here since my wife was employed last year full time. It’s also doubtful I qualify for 3. My wife made a salary that was withheld last year. I did not modify my withholding year on year, I did not receive a huge refund, and my salary increase was nominal. As such it’s pretty clear that my paycheck withholding alone will not bring us to 100% of last years tax liability.

This leaves items 1 and 2. Do I expect to pay at least 90% of this years tax or owe less then $1,000 dollars for the year. This is where things get interesting. Let’s start with how to determine your estimated taxes.

How to Calculate Estimated Taxes

There are 2 ways to calculate estimated taxes. In most cases if you have a stable business non cyclical business you run your numbers at the prior years tax time. You plug in all your variables into the estimated tax worksheet which then splits out your periodic payments based on the quarters of the year. At the end of each quarter you make your payment. If your situation changes throughout the year you can recalculate how much is owed.

Payment Due Dates are:

Equal Payments Method Does Not Work for a New Business

The above works for established business’s and those without cyclical businesses. Here is the problem, my wife had no business before May. Furthermore the business could end up being highly cyclical based on the budgets of my wife’s customer. As such setting up periodic payments in 2016 for the current year was not possible, nor is it likely we can calculate what it should be before it occurs. Lucky for us the IRS provides a capability for those of us with less than stable self employment streams.

The IRS provides a separate payment method called the annualized income installment method. It is exactly as it sounds, you pay taxes based on when the income arrives via installments. It is of course a separate form. In our case since we did not receive the change in income until after March 31. This means we qualify for using this method for calculating our estimated taxes. Cyclical income also qualifies you for this process.

How to Calculate the Annualized Installment Estimated Tax Payment

The Annual income installment method calculates any estimated taxes quarterly based on each payment timing for the year. Again your best to use the form for the calculations but it is essentially checking how much you need to withhold based on your income for the given quarter minus quartertized reductions from credits.

Before we proceed with my personal situation, why is this so important? Well, there is the obvious, if you forget to save your earnings for the tax man at the end of the year you may not have the money to pay.

But the more likely issue in our case would be that the government charges a penalty if you underpay your estimated taxes. This penalty executes from the time of the year of underpayment and accrues interest forward. So it’s even possible to under pay in April and catch up in September and yet still have to pay a penalty. The IRS sets the interest rate each year for the amount of taxes. In 2016 that amount was 4 percent which would be applied a proportion of the time the under paid amount existed. On top of this the IRS charge a penalty of up to .5% a month. In general the IRS will kindly calculate your penalty for you should it apply. No Thanks!

So Why Have We Not Made Any Payments?

Needless to say we want to avoid the headache of more dealing with the IRS to receive a penalty. Not to mention we do not want to add 4 percent or more to our tax bill. So paying estimated taxes is important. So why are we so far not making Payments?

Well the first thing to note is, as a couple with one member self employed and one member working in corporate America we experience some withholding. While it is reduced year on year, we never reduced our withholding from our last family expansion. As such our withholding is a bit high. It will not be enough to cover my wife’s extra income if it were just my withholding elections. Still this may help some reader who has some minor side hustle income and wants to avoid Estimated Taxes. Consider increasing your day job withholding to avoid estimated taxes on your low income side hustle.

The second thing that helps in our scenario is our RSU income. Due to my company policy our stock compensation is withheld at 40%. We are not in the 40% bracket this year, if there were such a thing, so this again offsets some of my wife’s income. I had this last year as well, but I have more stock compensation this year due to a heavily appreciated company stock. We also had a higher adjusted gross income last year. Combined the gap between RSU withholding and our actual tax bracket has increased.

Which brings me to my third step. I’m keeping my adjusted gross income down. We’ve setup a Solo 401K  in my wife’s name and diverted a significant chunk of her income. Remember she has only been self employed for 6 months, so we can make a good dent. The lower the tax bracket from our decreased AGI, the more the withholding from the RSUs and my day job help. Furthermore the more she socks away in her solo 401k the less non withheld tax we have to contend with. It’s a win-win.

If you have self employment income and a day job I strongly recommend you consider the first and third actions to avoid the headache of estimated taxes.

The final thing that is helping us is my wife’s income is back loaded. She is using cash based accounting and the bulk of payments are scheduled for the last quarter of the year. This means the biggest risk in our game of chicken is likely the period from the due date for the payment of the final quarter, January 15, until we file our tax return. We tend to be early fillers, so even the risk of making a mistake is much reduced. In any case we will rerun our calculations in late December one last time to determine if an estimated tax payment is due in January. Honestly, I fully expect to owe under the $1,000 number after withholding when all is said and done.