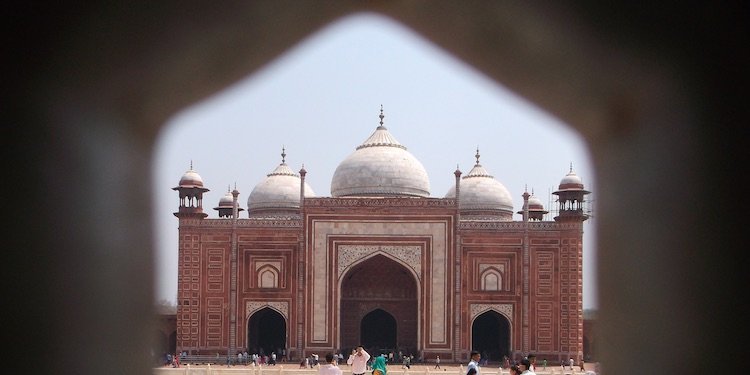 At the beginning of 2018 I planned our tax strategy based on what we knew about the tax law changes.  That being said here we are filing taxes in 2019.  Recent IRS clarifications on the rules have significantly changed the tax picture for many including ourselves.  I wanted to spend some time discussing those impacts, focusing especially on QBI 199A and withholding.

First off let me say this post takes no position on the tax laws in general.  This is not a political blog or thread, as such you can expect there not to be any such discussion in this post.  No, instead I want to talk about the evolving execution of the law and its impacts on tax strategy throughout the year.

The first thing that is becoming obvious is the IRS did a poor job of setting up the W4 withholding tables and amounts.  People received significantly larger portions of their paycheck than the past, in retrospect too much.  Now when tax bills are due they have a large amount owed.   This can be painful, driving penalties for under-payment or just as bad massive unexpected bills.

The situation with W4 withholding is so bad the IRS has provided some relief for estimated tax underpayments.  If you paid at least 85% of your tax due for the year you are off the hook for the penalty.  This is an improvement over the normal 90% cutoff.  Though frankly, that’s little consolation for those with a large surprise bill.  Not to mention 5% is not a huge leeway.

Now I was lucky enough to not be one of those people that needed the extra withholding safe harbor.  In fact, I still did not need to pay estimated taxes in 2018 despite my wife’s business.    That being said this occurred to huge numbers of individuals.  That fact firmly reinforced to me the importance of one simple tactic.  Anyone who makes money outside of a W2, whether it be as self-employed or running a business, should be simulating their yearly taxes at least quarterly.

That’s right, roughly quarterly I take my W2 income and withheld taxes.  To this, I add my wife’s business income.  I add in some estimates of what our pay and tax withholding will be for the rest of the year.    Then I see where I fall.    I’m usually within a few hundred on estimates.    Now, our business income is fairly stable so how close you are may vary.  Still, I strongly believe it’s worth attempting to do periodically.

After all the other safe harbor for estimated taxes relates to the amount you have kicked in compared to prior years.  Depending on your income if you kick in either 100% or 110% of prior years income tax you are exempt from the penalty.  Your tax payments compared to previous years are probably much easier to monitor quarterly, especially those of us with W2 withholding.    So even if you can’t, like us, predict within a few hundred, you should be able to see the penalty coming and avoid it with additional payments.  Knowing ahead of time can allow you to take action.  In our case, I might increase 401K contributions, accelerate expenses, or, yes, in the worst case scenario I might pay estimated taxes.

Now I just spent half a post telling you how important it is to simulate your taxes quarterly.  Now I am going to tell you how that failed us in 2018.  So for those that recall a big part of the tax law changes of 2017 the Qualified Business Deduction or QBI.  QBI under IRS section 199A allows business’ to deduct 20% of their profit.  As a sole proprietor essentially my wife’s income would be reduced 20% before her normal deductions would apply.  A pretty good deal and a massive potential impact on our finances.  So I baked it into our estimates.

My Initial Tax Estimates Were Way Off

Now based on those estimates I found I was paying way more taxes then I needed too.  How much?  Well, I was expecting a multiple 4 digit refund.  I several times considered adjusting our withholding.  But I never got around to it.  Thankfully.

In mid-January, the IRS released qualifications on the QBI deduction rules.  Up until that point, many tax accountants had assumed that for a pass-through entity like ourselves we would get the straight 20% deduction from our business income so long as my W-2 income was high enough.  This was so much the belief that the initial versions of most tax programs released for 2018 calculated QBI deductions in this manner.    But alas that was not how the IRS decided to implement the ruling.  Instead, they allocated employee retirement deductions and self-employment tax against the number for which QBI is calculated.    This simple change modified our deduction by thousands of dollars, it also significantly changed the face of retirement investing for a self-employed passthrough entity. Good advice in a year with major tax changes is to file late.

You see those of us that are self-employed can contribute to our 401Ks as both an employee and an employer.   Prior to the new law, it made sense to maximize a traditional 401K just like any other tax-advantaged account.  But the interpretation of the law changed that, with it too late for most of us to change course.

So, for example, imagine a hypothetical couple John and Jane Doe.  John makes 100K a year at a W2 job, a nice even round number for example purposes.  Jane works as a freelancer of a small business and makes $50K a year.  Under the original interpretation of the rules, Jane could contribute 18.5K to her 401k and an additional 8.5K in employer contributions.  On top of that, they could take the QBI 20% deduction on her entire income or $10K.      But the IRS landed with self-employment tax and 401K contributions reducing the number.  So actual QBI was (50K – 7.6K self-employment (rounded) – 18.5K 401k Employee – 8.5K employer) * 20%.  Or in this hypothetical case just $3K.

A Major Swing In Taxes Owed

That type of change can seriously throw off one’s tax calculations.  While I won’t give you our actual numbers, I will say that the swing was significant.    Even worse imagine those poor folks that filed as soon as possible.  They may be in for an audit because they underreported their tax liability by thousands.  What a complicated frustrating turn of events.

What To Do with the Tax Changes

I didn’t write this post entirely to complain though, that wouldn’t be actionable.  No the interesting part of all this is the ramification of the new law to future tax strategy.    So, basically any money you put into a traditional 401K as a self-employed individual loses you a 20% tax deduction this year.  So if you focus only on the tax delaying aspect of a 401k, ignoring capital gains avoidance, you are now trading any money you invest in one of these accounts now for the hope that your tax rate in the future will be at least 20 percent less than today. That seems like a big leap…

Which leads us to the crux of the matter.  It is highly unlikely our tax rate will be 20 percent lower in retirement than today.  So how can you capture that 20% deduction and still get the capital gains avoidance of a 401K?    Well, there are a handful of solo 401K providers out there that allow Roth 401K contributions as an employee.  (Note you cannot contribute to these as a ROTH as the employer).  This new law heavily tilts the board in the favor of these ROTH solo 401K over Traditional solo 401K for those not near a modified adjust gross income cutoff or phase out point.  Namely us.

Roth 401K, now the Optimal Investment Strategy for Most Self Employed Individuals

As such I have begun the search for a ROTH 401K provider.  Of the big players in this field only TD Ameritrade, ETrade, and Vanguard currently offer ROTH SOLO 401Ks.  I suspect we will also see a change in this area in the coming months as more small business owners begin to demand these type of accounts from their providers.    If you are a small business owner with a self-employed retirement account you may want to consider a change.

The End Of Our Story

Anyway, in the end, we managed to end the year owing only a few dollars and no penalty.    Overall, much better off than most of the public.  That being said I will fully admit this year was fully luck due to my own laziness.  These saved us from a large surprise tax bill and penalty.  I guess not always being on top of things can be a benefit from time to time.

How did you do on your taxes for 2018?  Anyone else get a surprise due to the new tax laws?